56 COVID-19 Milestones In Canada And Around The World 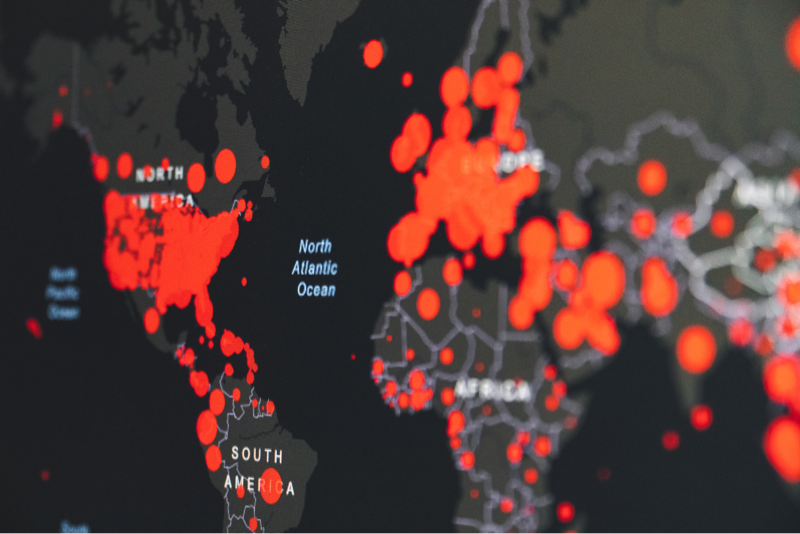 December 31, 2019: Chinese Health Authority in Wuhan Province informs the World Health Organization (WHO) of an outbreak of pneumonia that infected 44 patients

January 10, 2020: WHO publishes guidance for testing, detecting and case management to all countries

January 25, 2020: A man who travelled from Wuhan to Guangzou, China before returning to Toronto becomes the first presumptive case of COVID-19 in Canada

January 27, 2020: Testing at a laboratory in Winnipeg confirms presumptive case

February 12, 2020: Ontario woman previously confirmed to have contracted coronavirus is first to recover from illness in Canada; BC announces its first recovery a week later

February 20, 2020: First Canadian diagnosis of someone who hadn’t recently visited China occurs in BC—bringing that province’s total to six

February 27, 2020: First presumptive case reported in Quebec (a Montreal-area woman who had recently travelled to Iran)

March 3, 2020: BC Government Officials asks travellers from China and Iran to self-isolate for 14 days upon returning to Canada—a foreshadowing of what was to come

March 5, 2020: Bonnie Henry announces possibility of first-ever case of community spread, as opposed to contract through travel or with other cases

March 25, 2020: Legal requirement enacted to mandate anyone returning to Canada abroad must self-quarantine for 14 days

April 6, 2020: Nearly 3.2 million Cnadians apply for the Canada Emergency Response Benefit (CERB), which pays $500 a week for up to four months workers who’ve lost their job due to COVID-19. By the end of April the number of applicants approached 10 million

April 15, 2020: Despite suggestions that a reopening of provincial and Canadian economies could be forthcoming, PM Trudeau asserts that we “need to continue doing what we’re doing now for many more weeks” before things return to normal

April 23, 2020: Saskatchewan becomes the first Canadian province to announce a five-phase plan to re-open its economy.

April 27, 2020: Ontario and Quebec announce they intend to begin reopening sectors of their economy beginning in May.

April 29, 2020: BC Premier John Horgan says the province will announce its plans for reopening the first week of May

May 4, 2020: Minister of Health, MP Patty Hadju cautions COVID-19 outbreak is “not over” in light of major provinces signalling they’re about to announce phased reopening plans; Quebec delays its plan to reopen daycares and school in early May

May 6, 2020: Governments in British Columbia and Ontario announce the phases of their reopening plans. BC will start to allow gatherings of 2-6 people and the resume elective surgeries by mid-May; Ontario to open garden centres and hardware stores May 8 and 9

May 12, 2020: Ontario extends its state of emergency until June 2nd, allowing for continued enforcement of COVID-19 related policies like limiting public gatherings.

May 14, 2020: Some regions in the province of Quebec begin to reopen their economies while it continues to be the hardest-hit Canadian province with more than 40,000 confirmed cases and 3,300 deaths.

May 15, 2020: BC Premier John Horgan says children can go back to school on a part-time basis starting June 1; BC’s health officer urges British Columbians not to travel during its Victoria Day long-weekend

May 19, 2020: British Columbia begins its second phase of re-opening, which includes restaurants and pubs being allowed to operate at 50% capacity.

May 21, 2020: Quebec continues to be the province with the most confirmed cases and fatalities (45,495 and 3,800 respectively); announces small outdoor gatherings permitted starting May 22.

May 28, 2020: Ontario continues to see mixed results in lowering the number of confirmed infections, announcing 383 new infections—100 more than the previous day.

June 10, 2020: Quebec continues to outpace the rest of Canada in terms of COVID infections and deaths; death toll surpasses 5,000

June 18, 2020: British Columbia marks its 6th straight day without any COVID-related deaths. Eight new cases are announced, bringing BC’s total to 2,783, of which more than 2,400 have recovered

June 29, 2020: Quebec’s top doctor says the situation in that province is “improving”, as restrictions ease and daily totals decline

July 8, 2020: Ontario continues trend of overall declining numbers of infections and deaths; 36,178 Ontarians have been infected by the disease