Is There A 'Magic' Blue Pill To Treat Premature Ejaculation? 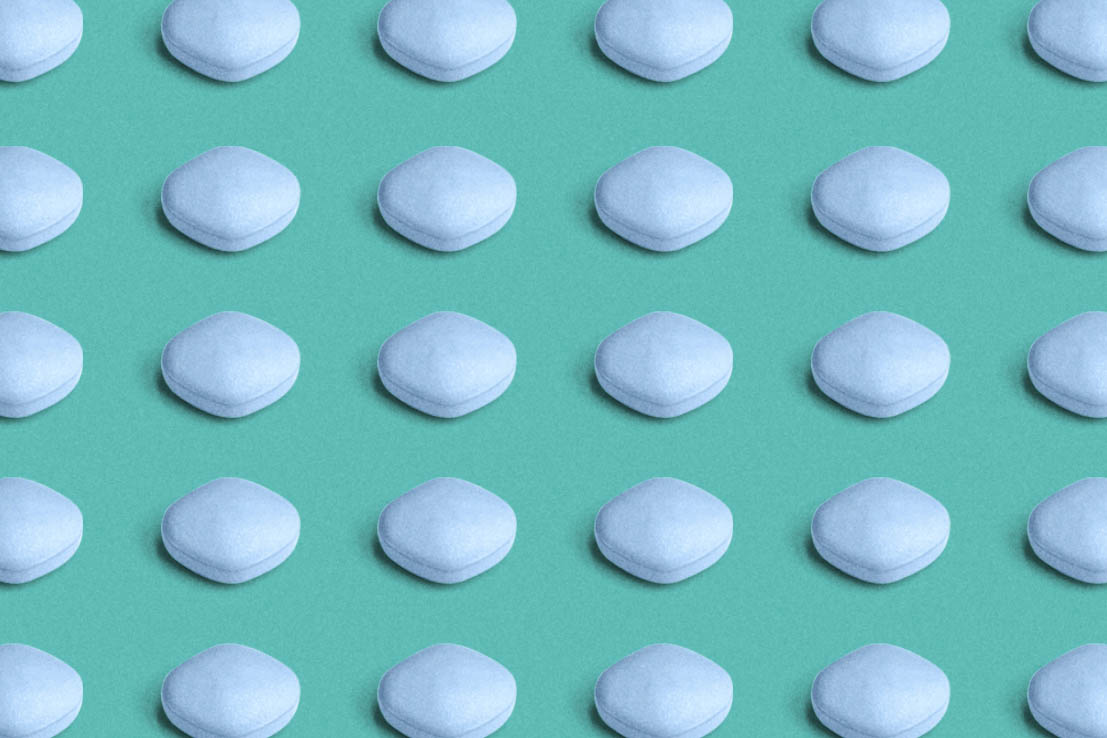 When Viagra hit the market more than 20 years ago, men suffering from erectile dysfunction (ED) were finally treated to a solution taking the form of a little blue pill instead of injections and ineffective ancient herbal remedies. Tens of millions around the world were now in a position to rise to the challenge of men’s primary sexual performance issue.

The efficacy of Viagra engendered a host of other studies to determine whether or not the wonder drug could be a panacea for other male sexual performance issues, namely, premature ejaculation (PE).

The complexity of questions regarding sexual health have meant that the answers are equally complex. What studies have shown is that while sidenfanil (the active ingredient in Viagra) isn’t as successful in treating PE as it is ED, it can nevertheless be a tool in the toolkit for men looking to last longer in bed and increase overall sexual performance.

What is premature ejaculation?

Definitions for premature ejaculation vary. The lack of a set definition leads to different statistics on the number of men who experience it. A 2009 survey conducted by the Canadian male sexual health council found that between 16% and 24% of men experienced some form of PE depending on the defintion. Men in that study who self-reported as having PE were those who declared they had low or no control over ejaculations; and that the relatively low amount of time it took to ejaculate caused distress to themselves or their partner. Ejaculations occuring one-minute or less after vaginal penetration is another metric used to determine PE.

Whether it meets the criteria above or not, anxiety arising from sexual performance issues is something that most men will have experienced at least once in their life. And while the stress is often more acute for the one doing the premature ejaculating, an inability to please one’s partner compounds an already undesirable situation. Luckily, there are proven treatments and strategies to help men last longer and increase sexual performance.

Much like how the effects of Viagra were discovered accidentally when trying to develop cardiac medicine, shortly after they were approved in the U.S. it became clear that SSRIs delayed one’s ability to orgasm. They showed that a man who, for example, would normally last several seconds to 30 seconds on his own could prolong ejaculation for five to six minutes with the right dosage. Other studies have demonstrated similar positive outcomes in increasing sexual performance by delaying orgasms. One study even reported that all 100 participants experienced improvements in sexual performance after being exposed to the active ingredients in SSRIs. But side effects related to SSRIs like nausea, headaches and drowsiness may cause men to favour different treatments, including natural ones.

As with any sexual performance issue, the psychological aspect of premature ejaculation cannot be ignored. Stress and anxiety are two factors that can affect PE, as well as deeper psychological feelings of guilt or shame with respect to sexual intercourse. Addressing and treating conditions like these can therefore be very effective in improving sexual performance. Relaxation techniques including meditation, yoga and exercise are useful in limiting feelings of stress and anxiety. And a good therapist can help unlock the causes of guilt that might be impacting sexual performance.

Prolonged foreplay can also help a man to relax before intercourse, thereby lengthening the time it takes to ejaculate. Instead of rushing to intercourse with perhaps a brief stop for oral sex along the way, partners can engage in slower and more sensual sexual contact. This could include massages, kissing and other forms of embracing that don’t necessarily involve genitals.

The stop-start method also involves masturbation, but not to the point of climaxing. In this technique designed to improve a man’s control over his orgasm, the goal is to have a partner or oneself stroke the penis nearing the point of orgasm. But before ejaculation occurs, the man or his partner stops stimulating the penis until the urge to climax dissipates. This should be repeated three times, with ejaculation occurring on the fourth attempt. Much like any form of training, the man might not be successful at the beginning. However with repeated attempts, the stop-start technique can prove to be very effective in treating PE.

So then, how does Viagra and its active ingredient sidenfanil factor into treating premature ejaculation? While men around the world would rejoice at the thought of Viagra being able to effectively treat PE in the same way it’s proven effective for erectile dysfunction, it is unfortunately not yet the case. Natural methods and SSRIs are generally the first methods employed to aid in improving sexual performance related to PE. However there is some research to suggest that sidenfanil can play a role.

In its 2018 guidelines the European Association of Urology (EUA) included a “strong” recommendation for the use of sildenafil alone or with other treatments for patients with PE (with or without ED). A study in the International Journal of Impotence Research cites the EUAs guidelines in a recent paper on PE treatment. Although, it acknowledges that the American Urology Association (AUA) and the International Society of Sexual Medicine (ISSM) do not recommend the use of sildenafil to treat PE in patients who do not suffer from ED.

Getting help for PE

What’s clear is that, like any sexual performance issue, premature ejaculation is a complex problem with both physical and emotional aspects. While there might not be a magic pill to treat PE, there are several different techniques that can help improve performance that let men last longer. Whether it be natural or medical interventions, men don’t have to live with PE—and they certainly don’t have to go through it alone.