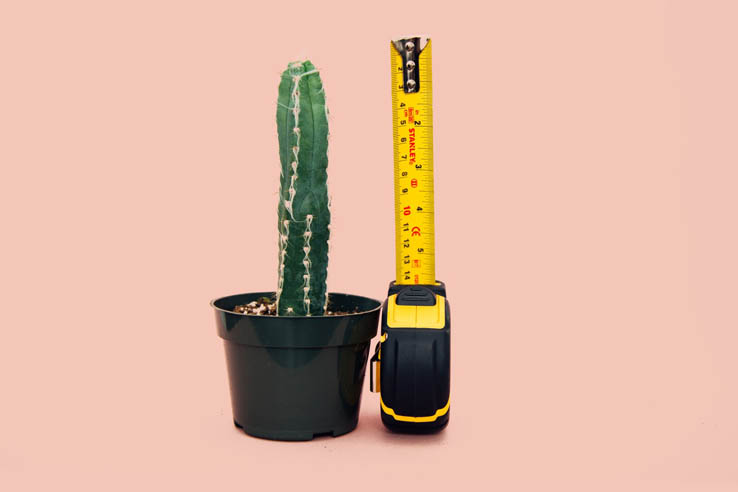 Intimate topics are hard. And, in our society, anything regarding sexual organs is the most intimate topic of all. For most guys, the question of how their penis measures up against the ever-debated “average” is the one that will accompany them throughout their lives, at least on a subconscious level.

What we have to ask ourselves first is “Why does it even matter?” Is it because we derive some feeling of masculinity and dominance when we stack up positively against others? Is it because we are worried about functionality or performance? Or is it because we’re anxious to be accepted (maybe even admired) by our sexual partners? We’ll dive in to discuss all three of these assumptions below.

Now let’s put an end to all the stressful guessing. Today, we have enough data and studies from around the world to statistically compute the average penis size for all men.

According to a men’s body image study in the Journal of Health Psychology, penis size is an ongoing concern for 68.3% of us, which is slightly behind body weight, muscularity and having a full head of hair. But are our fears grounded in reality?

The largest study ever conducted on calculating the average penis size was published in the BJU International medical journal in 2015 and had 15,521 participants — statistically, a very strong and representative sample.

Quite a few orders of magnitude away from all the 6-plus inches most of us usually think about. Isn’t that a relief? Bottom line: You’re fine. But let’s explore a few common fears and misconception for complete clarity.

Can any size get the job done?

Yes. While having other symptoms might indicate a problem (for which you should see a doctor), size on its own doesn’t affect your ability to penetrate or impregnate whatsoever. Physiologically speaking, you’re as good as everyone else.

What do our sexual partners say?

Another study from California, published in the PLOS ONE scientific journal in 2015, surveyed women across the demographic spectrum for their preferred penis size. For erect penis sizes, the results were 16 cm (or 6.3 in) in length and 12.2 cm (or 4.8 in) in circumference.

While these are slightly larger than the averages stated above, remember that they represent the idealized construct. Much like the measurements you’d dream of in your partner — they are almost never real. What’s more, only 27% of women said they’ve ended a relationship due to mismatch in preferred and actual size.

Perhaps the most important thing to realize about the average penis size is that you can’t change it. Nor can you change yours.

To frame this problem in a more productive way, switch your focus over to performance: lasting longer, staying harder, you know, things like that. Since the majority of our erections come from mental stimulation (rather than physical), stressing about the size of your penis (not a problem) will actually affect your erection (a real problem, also called sexual performance anxiety). Hence the less you think about it the better off you are.

That said, if you’ve recently noticed your performance has been slacking or not where it used to be, it might give you some valid grounds for concern. Contrary to what most people think, it’s not about getting old. A study published in the Journal of Sexual Medicine in 2013 found out that 25% of guys diagnosed with erectile dysfunction are under 40.

Good news: Performance is something you can fix. And the earlier you take action the better the result will be. In fact, there are likely a few different angles from which you can approach the problem. You might or might not yet need some medication, but you definitely need to consult with a physician. After all, the greatest benefit we can get is by starting to take care of ourselves as early as possible. And Upguys is on a mission to make it easy too, by providing all the necessary products, medications and even professional advice from licensed physicians all around Canada. To stay informed with high-quality findings and data related to personal care for guys and be in the know about the launch of our latest products, simply subscribe to our newsletter. Up your game!