Men's Sexual Health: Everything You Need To Know About Optimal Fitness

Written by the UPGUYS Editorial Team Published on August 09, 2022

Let's be honest — for most men, sex is one of the most important things in life from the second he hits puberty until the day he goes into the ground.

It's not just a hormone-driven function of the human species — it's a pleasurable activity that permeates into many other parts of a man's life as well, including his relationships and self-confidence.

With that in mind, keeping optimal sexual health is incredibly important for a man to maintain throughout his life. In this article, we'll cover everything you need to know about men's sexual health, including:

The Basics of Men's Sexual Health

Sexual health is a broad, general term that refers to the ability to fully participate in and enjoy sex. Although it may seem like a simple idea, several psychological, physical, interpersonal, and social factors affect a man's over sexual health.

What Are the Most Common Sexual Health Issues in Men?

Several different sexual health issues commonly arise in men. Let's take a more in-depth look at each of them.

The most common sexual health issue in men is erectile dysfunction. Erectile dysfunction (also known as impotence) is the inability to get or maintain an erection long enough to have sexual intercourse. Other symptoms include reduced sexual desire.

In general, it is quite common for men to experience erectile dysfunction from time to time, and is not anything to panic about. However, if it continues to happen regularly, it could be a sign of more serious issues and should be treated by a doctor.

To understand why erectile dysfunction happens, it's important to understand how erections happen. When a man is sexually aroused, nerves in the male body release chemicals that encourage increased blood to flow into the penis.

This blood flows into two different chambers in the penis that are made of spongy muscle tissue (corpus cavernosum). These tissues trap the blood, creating a firm erection. Once the man has an orgasm, the nerves send new signals to contract, which allows the erection to relax.

Sexual arousal is a complex process that involves several different parts of the body, including a man's hormones, emotions, brain, nerves, muscles, and blood vessels. Because of this, there is a wide variety of factors that can cause ED, including:

Erectile dysfunction can lead to several complications, including further anxiety and mental issues, embarrassment, relationship issues, an unsatisfactory sex life, and the inability to impregnate your partner.

Male infertility is the inability to conceive a baby. This can happen because of low sperm production or other issues with the reproductive system.

The main symptom of infertility is not being able to get your female partner pregnant after trying for 1 year without any birth control.

For natural male reproduction to occur, a man must be able to make sperm that is healthy enough to fertilize the female egg as well as have an erection that can ejaculate the sperm to the egg.

The most common cause of male infertility is an inability to create healthy sperm. The sperm can be immature, unable to swim adequately, or abnormally shaped. This can happen due to several issues, including:

If you think you are experiencing male infertility, it's best to check with a doctor to see what might be causing it.

Some symptoms of STDs include:

There are several different types of STDs. Some of the most common ones include:

If you think you have an STD, it's best to get it checked with a doctor.

Low libido is when a man has a decreased interest in sexual activity. Although it's common to lose some interest in sex occasionally, your level of libido varies throughout different periods of life. However, extended periods of low libido can be of concern.

Why does it happen?

Testosterone is an important male hormone that is produced in the testicles. It's a key factor in muscle and bone mass growth, as well as stimulating the production of sperm. It also plays an important role in the male sex drive.

Although testosterone levels vary from man to man, they are considered to have low testosterone (low T) when they fall below 300 nanograms per deciliter (ng/dL), according to the American Urological Association.

Several other causes can cause low libido, including:

Having a decreased sex drive can be quite unnerving for most men and can lead to other physical, emotional, and relationship issues. 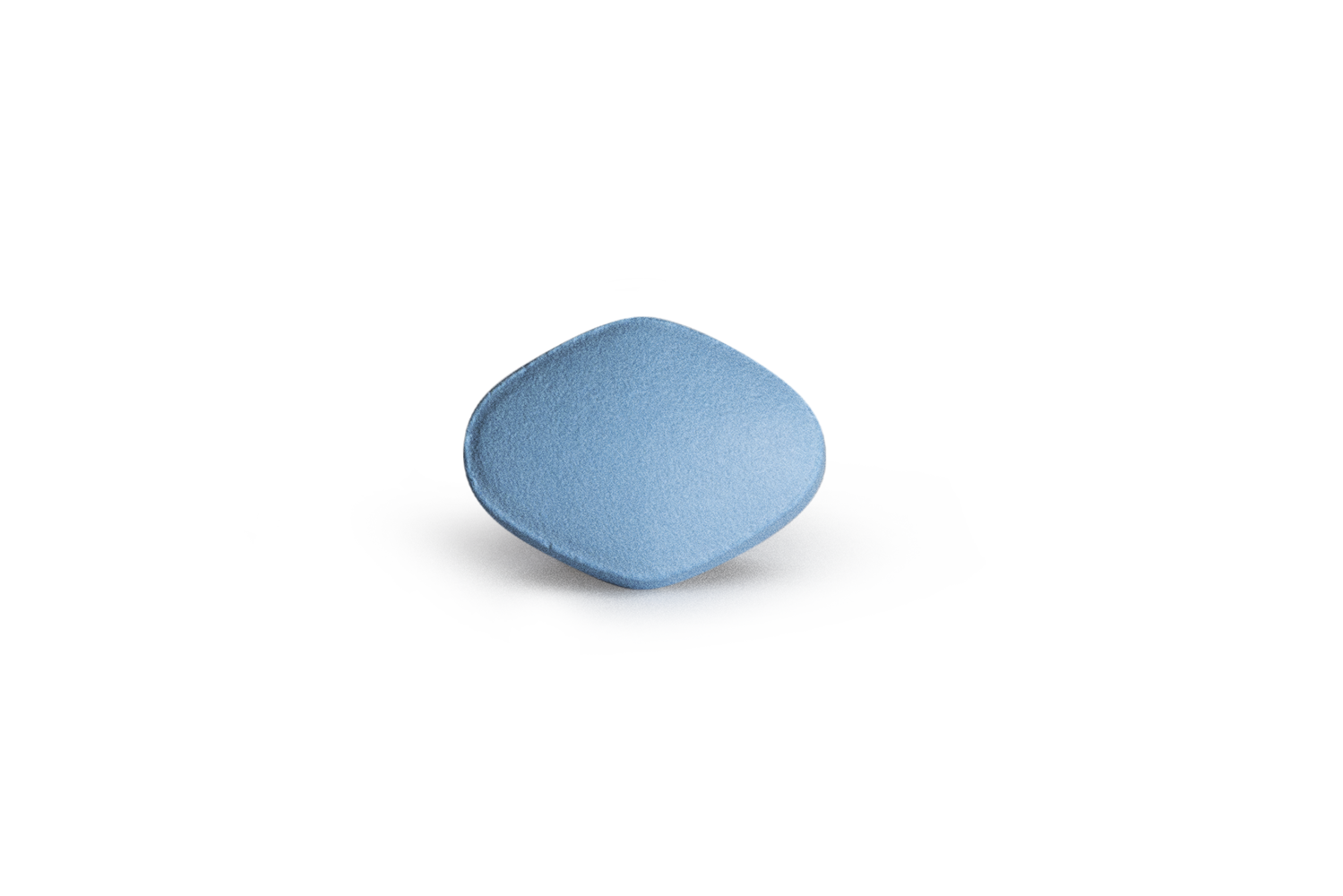 How Can These Issues Be Treated?

Although these sexual health issues can be quite unnerving for most men, the good news is that there are a wide variety of treatments for each of the issues. Let's take a deeper look at some common treatments.

There is a large variety of treatments for ED. In fact, the global erectile dysfunction treatment market was valued at $3682.5 million in 2021.

The first thing you should do if you suspect you might have ED issues is to see a doctor find the root cause of it. Depending on the cause and severity, there are several treatment options available.

The most common solutions for ED are oral medications. These include:

All of these medications are PDE5 inhibitors that use nitric oxide, which helps relax the muscles in the penis. This allows increased blood flow to the penis. Once sexually stimulated, a man will be able to produce an erection. All of these are FDA-approved.

Other medications for erectile dysfunction include:

These are some other options that some people turn to if they want an alternative to oral medications. However, some of them are not FDA-approved and must be taken with caution. Always speak to a doctor first before trying any new kind of ED treatment.

Oftentimes, the exact cause of infertility is hard to find. However, here are some common treatments for it:

When it comes to STDs or STIs, they are generally easier to treat. Depending on the situation and infection, one of the following is usually used:

Lastly, when it comes to low libido, the most common treatment is lifestyle changes. This can include getting more active and reducing excessive weight as well as cutting alcohol, tobacco, and drugs.

The best way to prevent sexual health issues is by keeping on top of your health before problems arise. Let's take a look at how to keep optimal health.

One of the best ways to maintain your sexual health is by eating a balanced diet. It can also help reduce the chance of getting diabetes and heart disease — both of which can contribute to erectile dysfunction.

Other foods that may boost testosterone levels include avocado, spicy foods with capsaicin, and spinach.

Men who don't exercise regularly often experience more sexual problems. Exercise is an important part of increasing confidence and libido, which in turn affects your sexual performance in bed.

Research has also found that losing weight can increase sex drive and testosterone in middle-aged men.

Smoking has long been seen as a significant cause of sexual dysfunction. Many studies have found that a majority of men that suffer from erectile dysfunction are smokers.

Smoking can reduce the quality and amount of sperm produced as well as damage the arteries that carry blood to the penis.

While there are several causes of sexual problems, sometimes it could just be a simple vitamin deficiency. Let's take a look at some of the best men's sexual health supplements.

Testosterone is one of the chief factors linking men's sexual health and aging. It's the primary male sex hormone produced in the testes.

Testosterone production peaks after puberty in men and stays level until 30 to 40 years old. After that, its levels drop by about 1.2% annually.

That decline in men's T levels, in turn, can cause or contribute to sexual health woes which were mentioned above.

1- What Is a Sexual Health Screening?

This is the process of getting tested for sexually transmitted infections. This may involve taking blood or urine samples, swabs from the urethra, or possible examinations of the genitals.

3- Can I Drink Alcohol With ED Oral Medications?

Yes. Although there isn't a bad interaction between alcohol and pills like Viagra, it's important to note that excess alcohol is never good for you. It's best to keep consumption to a minimum.

4- How Long Should My Erection Last During Sex?

There isn't a universal answer to this question, and it depends on the person. For most men, the goal is to maintain an erection until both partners are satisfied. If you experience an erection for over three hours (priapism), you should seek care immediately.

5- What Is Considered Premature Ejaculation?

There isn't a standard time that is considered premature ejaculation. However, it is defined as "ejaculating sooner than desired, before or shortly after penetration." If you experience this, see a doctor for your best options.

Maintaining optimal men's sexual health is an ongoing process — not a singular event. It's important to stay healthy by exercising regularly, eating a healthy diet, and seeing your doctor regularly.

If you are experiencing any sexual issues that are causing you distress, make sure to check out our health products today! 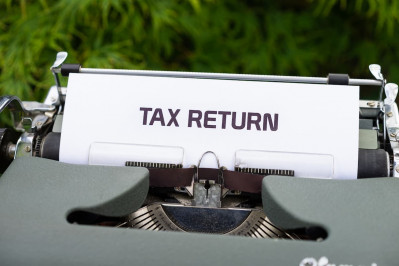 Claim Your UPGUYS Receipts on Taxes: Tax Season Is Back 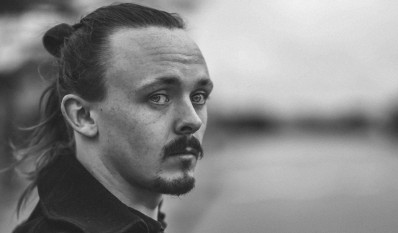 4 Ways to Get Set for November 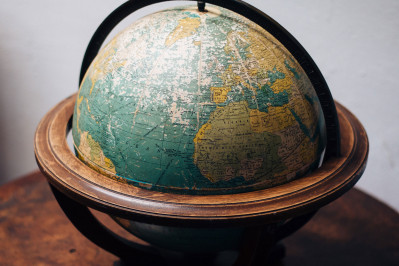 Where in the World is ED Most Common? 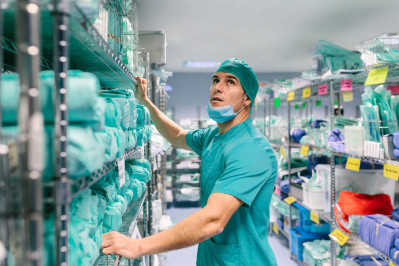