Written by the UPGUYS Editorial Team Published on October 26, 2022

So those two little lines appeared on her pregnancy test. Congratulations!

All of the changes that come during pregnancy can be a whirlwind for both partners. One question that often pops up for newly pregnant couples is, “Is it safe to have sex during pregnancy?”

The good news is: yes! It’s safe to have intercourse during pregnancy -- and there are actually some pretty awesome benefits. Some women even experience the most mind-blowing orgasms of their lives during pregnancy.

Keep reading for our guide to safe and pleasurable pregnancy sex positions.

In this article, we talk about the following:

Is It Safe To Have Sex During Pregnancy?

Your penis and semen cannot hurt the baby. The baby is protected by muscles in the uterus, the cervix, and the amniotic fluid.

During pregnancy, a woman’s blood volume increases by about 40 percent. Her enlarged blood vessels cause heightened sensitivity in the breasts and erogenous zones. As a result, some women experience extremely powerful orgasms, even multiple orgasms, while pregnant.

Changing hormones, a growing belly, general discomfort, and anxiety about parenthood can lead to a waning sex drive. In a Canadian study, 56% of women who participated reported diminished sexual desire during pregnancy.

What Are Safe Sex Positions During Pregnancy?

Each trimester comes with new milestones and challenges. Certain sex positions can be more comfortable for the pregnant person and enhance sexual intimacy for the couple. Here are the best sex positions during pregnancy.

It’s normal for a woman’s libido to fluctuate throughout pregnancy, and many report their sex drive is the lowest during the first trimester. In the first trimester, she may be dealing with exhaustion and morning sickness. So don’t take it personally if she’s not in the mood.

If she is feeling frisky, here are three sex positions to enjoy in the first three months of pregnancy.

Sex in the missionary position is one of the most intimate, but it’s a no-no after 20 weeks. Lying on her back can compress the vena cava and restrict blood flow to the baby. If you and your partner love this position, make it a point to enjoy it during the first trimester.

From Behind While Standing

In this position, both partners are standing as the man enters the woman from behind. Standing positions are easiest during the first trimester because later on, her body’s center of gravity will shift, making balance and coordination more difficult. It’s possible to have sex while standing in later trimesters, but she may need to use a wall or furniture for support.

In this position, the woman wraps her legs around the man’s mid-section as he holds her up while standing. This is a fun position best enjoyed during the first trimester before a growing belly gets in the way.

If her sex drive dwindles during the first trimester, it could come back with a vengeance in the second! Many women report a strong sex drive during their second trimester. Morning sickness has subsided, and she doesn’t have to deal with a huge pregnant belly yet.

Sex from behind is great during pregnancy because it does not put pressure on the belly. It’s also comfortable for the woman to hold the extra weight on all fours, and you can even use pillows or a body wedge for added support. However, excess weight could become more difficult to contend with as you approach the third trimester.

For many pregnant women, lying on their side is the most comfortable position. For side-by-side sex, both partners lie on their side facing one another. This position is great for all trimesters because it allows the pregnant person to lie on their side and does not put pressure on the baby.

In this position, the man kneels, and the woman sits back on his lap. It’s similar to reverse cowgirl. This position is great during pregnancy because there is no pressure on the belly, and the pregnant person does not have to hold up her full weight.

Sex can be very pleasurable in all three trimesters -- but the third trimester may take a little more finesse. In this trimester, the woman’s belly swells to epic proportions, and she deals with symptoms like backaches, leg cramps, frequent urination, and general discomfort. As a result, the rocketing sex drive in the second trimester could slow to a crawl in the third.

To make the most of sexy time, here are sex positions that are safe and comfortable during the third trimester.

Just like spooning to cuddle or fall asleep, this sex position is performed with both partners lying on their side facing the same direction. The man enters the woman from behind. Side lying is the most comfortable position for pregnant women, so this is a great sex position for the third trimester.

Many pregnant women say their favourite position during pregnancy -- especially the third trimester -- is the woman on top. Cowgirl allows the pregnant person to control the speed and depth of penetration. They can also position their body in a way that is the most comfortable for them.

In reverse cowgirl, the female partner straddles the male, facing away from him. Like cowgirl, this position allows the pregnant woman to control penetration, making it another popular choice for the third trimester.

What Sex Positions to Avoid During Pregnancy?

Positions in which the pregnant person is lying on their back should be avoided after 20 weeks of pregnancy. Back lying can put pressure on the vena cava and reduce blood flow to the fetus.

There are certain instances when intercourse should be avoided altogether. Some believe pregnant persons with placenta previa, those on pelvic rest, or those at risk of preterm labour should not have intercourse or orgasms or take part in heavy exercise or lifting.

Finally, a pregnant person should never feel pressured to have sex. Women experience intense emotional, hormonal, and physical changes during pregnancy that may make sexual intimacy difficult for them. Above all else, sex during pregnancy, like any other time, should be consensual.

It’s safe for partners to pleasure each other orally during all nine months of pregnancy. However, there are some safety concerns you should be aware of before you go downtown.

First, do not blow air into the vagina, as this could cause an air embolism. Although rare, an air embolism can damage the woman’s cardiovascular system and even cause death.

Next, if your pregnant partner’s OBGYN has put her on “pelvic rest,” then she should not receive oral sex ending in orgasm because it could trigger premature uterine contractions.

Finally, if you have a cold sore or feel one coming on, do not go down on your partner, as this could transmit the herpes simplex virus. On that note, if you’ve ever had a cold sore in the past, oral sex is off-limits in the third trimester because even asymptomatic people can transmit the virus.

If a pregnant person contracts herpes, delivery must be performed via C-section to avoid infecting the baby. If the baby contracts herpes, there can be serious complications, including neurological damage, brain inflammation, and death.

In most cases, it is perfectly safe and even encouraged to have sex throughout pregnancy. Some pregnancy sex positions are more comfortable than others. With a little preparation, there’s no reason intimacy should have to take a backseat when you have one on the way.

When it comes down to it, the best sex positions for pregnancy are any positions that feel comfortable for both partners.

Do you still have questions about sex during pregnancy? Here are some frequently asked questions we get from men about having sex safely during their partner’s pregnancy.

No, sperm will not harm the baby if the couple has unprotected sex during pregnancy. The baby is protected by the cervix, amniotic fluid, and muscles in the uterus. Most of the semen will be expelled from the vaginal opening anyway.

1- Will Sperm Harm the Baby if a Couple Has Unprotected Sex During Pregnancy?

While the jury is still out on this theory, there could actually be some benefits to introducing semen to the birth canal. Some emerging studies have found a link between seminal fluid and reduced risk of preeclampsia.

Preeclampsia is a high-risk pregnancy condition characterized by high blood pressure and protein in the urine. Preeclampsia can result in complications like preterm delivery, low birth weight, placenta abruption, kidney failure, and maternal and/or fetal death.

A 2017 study showed that pregnant women who had been exposed to higher volumes of seminal fluid before conception had a lower risk of developing preeclampsia. This could be because semen contains a protein called HLA-G that improves the immune system. Increased exposure to the paternal cells in this protein can perhaps boost immunity against preeclampsia.

Finally, introducing sperm into the birth canal when the baby is overdue can help jumpstart labour. That’s because sperm contains a substance called prostaglandins that has been proven to initiate labour in some cases.

2- What Are the Risks of Having Sex During Pregnancy?

In a complication-free pregnancy, there is little risk associated with having sex.

However, there are times when pregnancy sex should be avoided. Your pregnant partner’s doctor may prohibit sex if your partner is experiencing any of the following:

Obviously, do not have sex with your partner if you have an STD or suspect you may have an STD.

Do not have sex after your partner’s water breaks, as this could introduce bacteria into the birth canal.

If your partner begins experiencing heavy bleeding, cramping, or amniotic fluid leakage during sex at any point in the pregnancy, seek medical attention. In rare cases, these could be a sign of miscarriage or ectopic pregnancy.

Finally, you may have heard that having sex can trigger early labour. This is an old tale with little evidence backing it up -- but there may be a grain of truth to the claim. Sex releases the labour-inducing hormone oxytocin, and because orgasms mimic uterine contractions, orgasms may trigger labour when the baby is ready to come out.

3- After How Many Months of Pregnancy Is It Safe To Have sex?

In a low-risk pregnancy, sex is safe throughout all nine months. There is no reason to wait for a certain number of months to pass before engaging in sexual intercourse with your pregnant partner. Unless her doctor has advised against sex, you are free to get it on.

UPGUYS has strict sourcing guidelines to ensure our content is accurate and current. We rely on peer-reviewed studies, academic research institutions, and medical associations. We strive to use primary sources and refrain from using tertiary references.

Fun in the Bedroom: The Greatest Oral Sex Positions 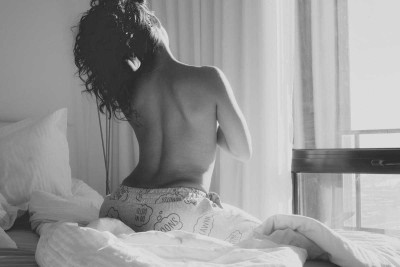 Ignite Those Hot Spots: All About Female Erogenous Zones